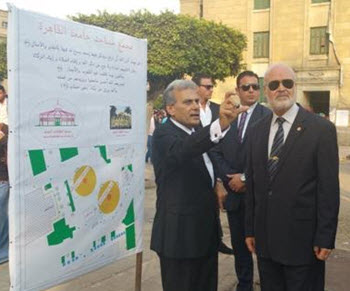 ISESCO Representative, Prof. Dr. Salah Al-jaafarawi: I give my testimony to reorient the common approach. I call upon all those who were enraged for the sake of Allah and religion to ask Allah for His Forgiveness for speaking evil of people whom we think of as working faithfully for the sake of our Homeland

The Islamic Educational Scientific and Cultural Organization (ISESCO) Representative, Prof. Dr. Salah Al-jaafarawi, testified on Cairo University mosque complex at the campus in an article, entitled Word of Truth. He said in the article that he visited Cairo University on Tuesday, December 1, 2015, for coordinating a number of different activities between ISESCO, Mohammed bin Rashid Al Maktoum Foundation, and Cairo University. He met, there, Prof. Dr. Gaber Nassar, Cairo University President, and all the aspects of activities were agreed upon in year 2016. At the end of the meeting, he discussed what was mentioned at some of the social media websites about demolishing Cairo University mosque and collecting the Holy Quran copies from the university libraries by HE Cairo University President… Prof. Dr. Al-jaafarawi said that HE Cairo University President did not reply, but accompanied him on foot from his office to Cairo University Mosque Complex. The distance endured three minutes only on foot. The answer which Dr. Al-jaafarawi saw and heard from students not officials was that there was a small mosque, near Faculty of Commerce, which was not accommodating except 100 persons only. This is not worthy of the time-honored university, and students were crowding either in the place of ablution or the mosque which was not accommodating them… HE set about permitting building a mosque near the old one to accommodate 1300 persons. Imam was appointed with a salary from Al-Azhar, and the mosque was inaugurated on November6, 2015… After that, under the orders of HE Cairo University President, the old mosque demolition started, and a mosque was established in its place to accommodate 600 female students… Two close mosques are opened at Friday prayer to accommodate about 2000 persons, whereas on the other days of the week the large mosque is dedicated for male students and the small one is for female students. Besides, there is another oratory for students inside the campus as well as another close mosque for the university conference center inside the campus too. As regards collecting the Holy Quran copies from the university libraries, tens of worn-out copies were collected, and about 2, 000 Holy Quran copies were distributed among libraries including more than 600 provided with interpretation.

Accordingly, under this state of confusion we live as a result of many rumors spread via the websites of social media, and being the media machine busy in many issues imposed upon it, it is mandatory for me to give my testimony to reorient this common approach… I call upon all those who were enraged for the sake of Allah and religion to ask Allah for His Forgiveness for speaking evil of people whom we think of as working faithfully for the sake of our Homeland where enemies either inside or outside it sow dissension. I ask Allah to forgive everybody and restore our safe stable Egypt to emit light as it was doing before, and all matters return to Allah. 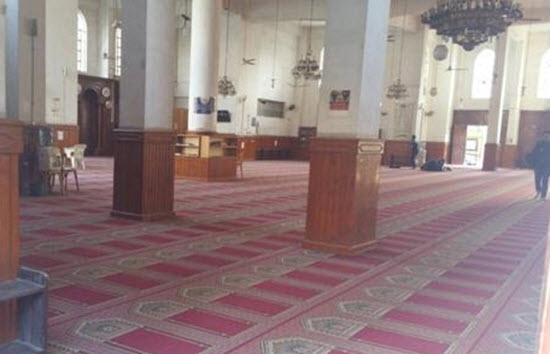 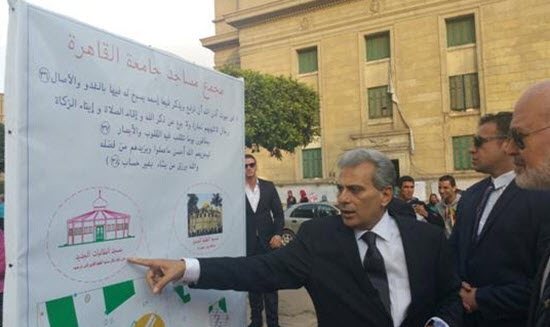