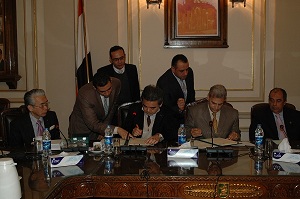 A shield was presented by Nassar to Hiroshima University President, who made a tour in Grand Celebration Hall – Cairo University accompanied with his delegation. 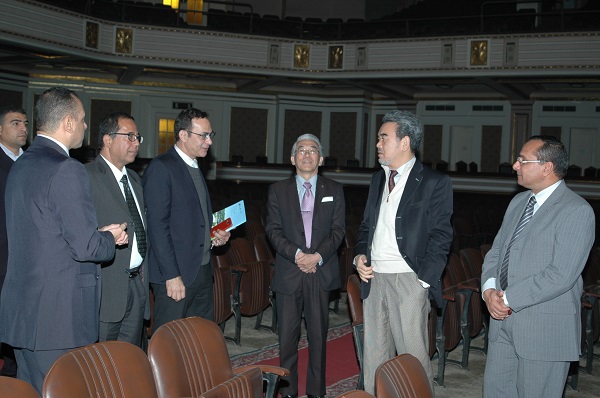 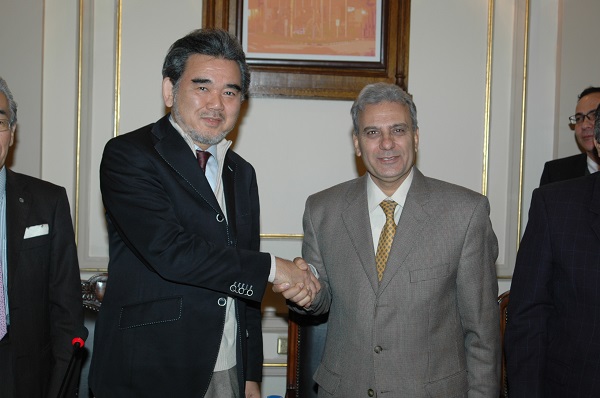 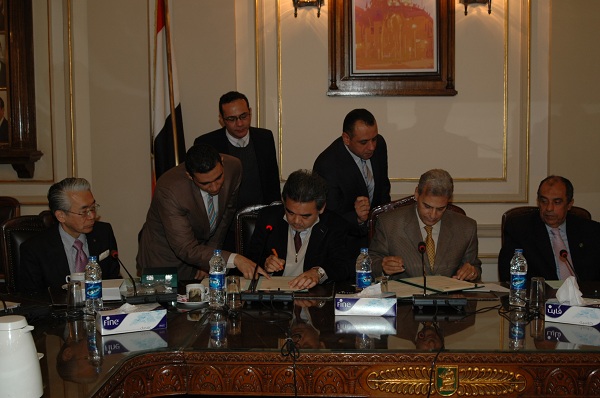