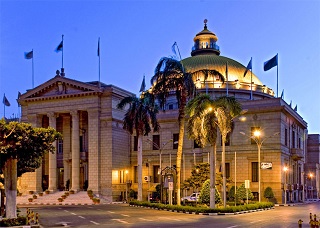 The second term started on Friday, April 1, 2016, at all open education programs, at faculties of commerce, agriculture, law, arts, mass communication and kindergarten. Cairo University President confirmed the importance of lecture regularity throughout the second term at Open Education faculties, following-up lecture progress and answering learner queries. The exam system development is in progress starting from the current term in coordination with faculties and staff members.

Prof. Dr. Gaber Nassar, Cairo University President, has allowed Open Education learners at the university to have access to the Central Library on Thursday and Saturday according to rules established by the library. Prof. Dr. Sayed Tag-Eldin, the Director of Open Education Center – Cairo University, pointed out that registration at Central Library is available seven days a week throughout the duration of previously enrolled student registration at the Main Center in Cairo, branches, partnership universities and agents in Arab Countries.

On the other hand, Open Education Center stressed for learners the importance of depending on available scientific materials, including academic book, television lectures available on the official website of the center and regular meetings on Friday. The center also confirmed avoiding any educational means of unknown origin and unofficial sheets and summaries.