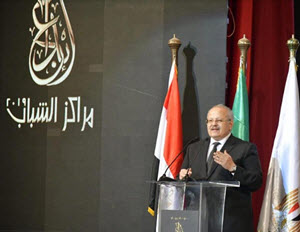 Anti-Harassment Unit – Cairo University organized its first training camp for preparing student cadres in the field of combating harassment and violence against woman. The training camp is organized by the unit in cooperation with Ministry of Youth and Sport.

Dr. Maha Elsaid pointed out that Anti- Harassment Unit – Cairo University organized a workshop on gender concepts and the history of Feminism Movement at Egyptian Universities. The workshop was held, in cooperation with The Women and Memory Forum, at Conference Hall, at Open Education Center, Cairo University. It handled the explanation of gender concepts and stressing the importance of the role of woman in general field and respecting her. Professors from The Women and Memory Forum and coordinators of Anti-Harassment Units at Cairo University faculties, including staff members and students participated in the workshop.

Anti-Harassment Unit held many activities throughout the current academic year in the field of harassment combating. It gained the appreciation of UNESCO and many Egyptian civil society organizations.