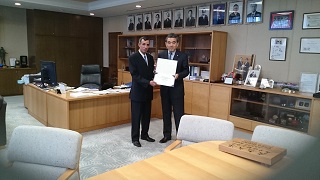 Faculty of Agriculture Dean made remarkable contributions to boosting scientific and research relations between Cairo University and Hiroshima University most prominent of which are research cooperation between the two universities in education, agricultural development research and student exchange.