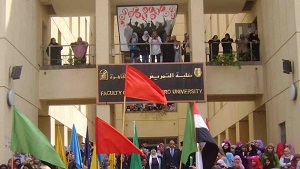 A group of academic staff members, students and administrators are going to attend the seminar.