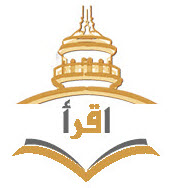 ،،Iqraa,, Competition is distinguished in its new version with multiple sections as it has four sections now. The first section is allocated for Cairo University undergraduate students who are allowed the opportunity to conduct researches in one topic from these books; Guide for the Sad Muslim by Husain Ahmad Amin, Lights on the Muhammadan Sunnah by Dr. Mahmud Abu Riyyah and Thought is an Islamic Duty by Abbas Mahmoud Alakkad.

The second section is allocated for assistant teaching staff members including demonstrators and lecturer assistants at Cairo University and the rest of Egyptian Universities. This section allows the opportunity of conducting research on one of these books; The Prophetic Sunna: Between the Jurists and the Hadith Scholars by Mohammed Al-Ghazali, Pre-Islamic Poetryby Taha Hussein and My Father Adam by Abdel-Sabour Shahin.

The third section of the competition is for postgraduate students at Cairo University and the rest of Egyptian Universities. This section allows postgraduate students the opportunity to conduct researches in one of these books; Renewal of Arabic Thought by Zaki Naguib Mahmoud, Children of Our Alley by Naguib Mahfouz and Treatise on the Oneness of Godby Muhammad Abduh.

The fourth and last section is for teaching staff members (lecturers) at Cairo University and other Egyptian Universities. Lecturers are allowed the opportunity to conduct researches on one of these books; The Rational and the Irrational in Our Intellectual Heritage by Zaki Naguib Mahmoud, The Freedom of Thought in Islam by Sheikh Abdel-Motaal Al-Saedei and The Absent Truth by Farag Fouda.

All the details of prerequisites and how to apply to the competition are announced on the official page of Iqraa Competition on Facebook and Cairo University Official Website.