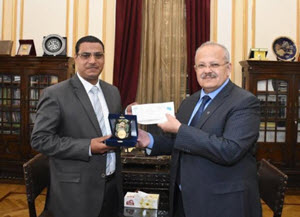 The employee earlier reported the incident to Cairo University President who reported it to competent authorities to take the necessary action. Administrative Control Authority (ACA) ambushed the supplier and caught him trying to bribe the employee.