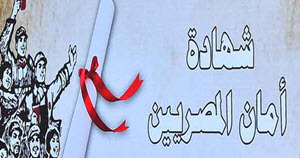 Elkhosht: ،Sheikh Al Qasimi is a Cultured Ruler and Distinctive Contributorof Education and Culture in the Arab Region and World,

Sheikh Al Qasimi said ،،I save no effort to provide my best to Egypt which I cherish most.,, He pointed out ،،I see Egypt from another perspective beginning with pharaonic civilization with all its glory, science, and understanding.,, He added ،،Egypt has science, life, religion, and everything.,,

Cairo University President Mohamed Osman Elkhosht said, in a speech that Vice-President for Community Service Saeed Daw delivers on his behalf, that ،،Sheikh Sultan Al Qasimi is loved by all Egyptians. He is a cultured ruler who made his emirate a capital of culture in the Arab World. He also presented many social and cultural services to Arab peoples, in addition to his concern with founding and establishing research centers and educational foundations. He is an informed ruler and supportive of culture and arts.,,

Elkhosht referred to the EGP 160, 000, 000 donation made by Al Qasimi yesterday to National Cancer Institute as well as his donations to Cairo University to establish central library, research laboratories at Faculty of Agriculture, and other services.

Elkhosht expresses Cairo University deep appreciation of one of its graduates; Sheikh Sultan Al Qasimi the white hands holder and distinctive Contributorof education and culture in the Arab region and world.

Faculty of Agriculture Dean Cairo University Hany El Shimy announces ،،The sovereign ruler of the Emirate of Sharjah Sheikh Sultan Al Qasimi presents Faculty of Agriculture 5 buses for transferring students to training areas and experiments fields.,, He added ،،Al Qasimi considers Faculty of Agriculture as his second home which he supported by establishing edifices inside the place, such as; the current library at the faculty, development of research laboratories, and support to Social Solidarity Fund for faculty students.,,