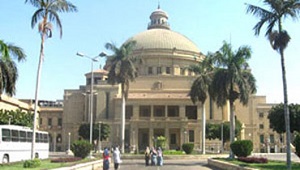 Cairo University President Mohamed Osman Elkhosht stresses that he is keen on conducting student elections within a framework of freedom, transparency, and university traditions respect among students. He pointed out that Cairo University is fair to all its students and allows free and civilized competition among them within a democratic framework combined with discipline and fair competition rules.

Elkhosht said that Cairo University is ready to conduct student elections and provide fair competitive environment to enable students to choose their representatives in student unions freely and consciously.

Cairo University President calls students for subjecting the electoral process to rational criteria and not to be deceived by slogans so that the ability to serve creative student activities remains the main criteria of elections.