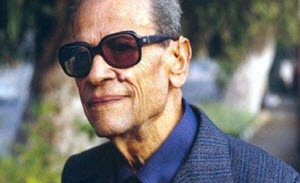 Cairo University President Mohamed Osman Elkhosht announces naming the science day course this year after the late Egyptian novelist Naguib Mahfouz. The course is scheduled to be held on December 26, 2017.

Prof. Dr. Mohamed Osman Elkhosht said that the university commemorates the names of its graduates; pioneers and enlighteners. It works according to Enlightenment Document to introduce creative role model for talented university students and posing beacons to guide them without pattern. December 11 is the birthday anniversary of the global litterateur Naguib Mahfouz.

Cairo University President proceeds: ،،Our meetings with Naguib Mahfouz in younger age were unforgettable. I will not forget how he was listening to us and how we were listening to him. He represents a beacon to our life. We sometimes agree and sometimes disagree with him; however, he is of an intellectual stature for many generations including our generation. Naguib Mahfouz represents a lot for all generations on the path of creativity and not on the path of tradition.,,