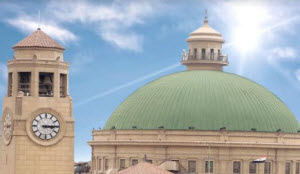 Student activities organized by the General Administration for Youth Care during mid-year vacation include workshops to be offered by specialists for training on metal works and glass painting. Third-generation ideal student competition is being prepared for. Ebdaa competition for poetry, research, short story, essay, plastic art, chorus, theater, and music is being prepared for to get ready for participating in Ebdaa 6 competition at the level of Egyptian Universities. Disability challengers week is being prepared for at the level of Egyptian Universities and is scheduled to be held at Minia University, besides training camps for university teams, and training course for developing scientific research skills for students. General Administration for Youth Care organizes a student trip for Sharm Elsheikh and New Valley cities in the framework of interior tourism.