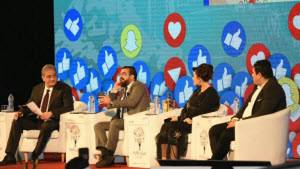 Social Media forum convened at Cairo University is the largest specialized international forum of social media websites study. Its activities tackle the influence of social media on society, the opportunities allowed by youth in creativity, the digital future of social media for youth and its benefits for them and influence on their future, how to enhance this influence, and other topics.