Cairo University President: ،We Managed to Pass with Exams without Leaking or Pavilions .. Exam Results to be announced until Mid-July at Maximum, 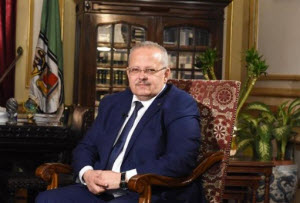 Cairo University President Mohamed Othman Elkhosht points out that the university managed to pass with final exams without problems despite big challenges that paralleled changing exams system and adding the problem-solving question for the first time to measure the level of student understanding. He said that memorization has come to an end at the university. He added that pavilions that fatigue students mentally and physically are cancelled.

Elkhosht said in press releases that he imposed a strict system on exchanging exam papers, proctoring, and securing exam halls and controls which strongly contributed to preventing questions leaking so that equal opportunities among all are ensured. He pointed out that the consideration of exam paper specifications that the university senate assured and professors abided by managed to make exams suitable to all student levels.

Elkhosht proceeded that exam results will be announced after the end of Eid El-Fitr vacation until Mid-July at maximum. He pointed out that he urged early correction from the day of exam to finish results as soon as possible especially for final stages so that they do not encounter a problem in applying to military service.

Cairo University President: ،We Managed to Pass with Exams without Leaking or Pavilions .. Exam Results to be announced until Mid-July at Maximum, - Cairo University