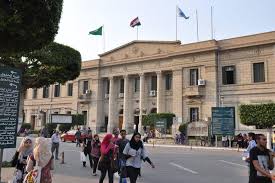 Concerning the amendments of universities organization law and its executive regulation in the sides related to discipline inside universities, Prof. Dr. Gaber Nassar, President of Cairo University, has stated that the committee formed by Supreme Council of Universities, headed by him, will only suggest a legislative amendment in the law related to disciplinary procedures to guarantee its effectiveness and confrontation of all acts of riot and terrorism. He pointed out that these amendments will be sent to Supreme Council of Universities within a few days to make procedures of issuing presidential decree concerning them.

Dr. Nassar said that the articles of the amendments include adding articles that are related to terrorism and threatening academic facilities and public life of students and amending disciplinary councils whether to staff members or students. He added that the amendments also include adoption of deterrent measures. Law of year 1972 concerning universities organization and its articles do not ensure deterrence and allow long stages of sanctions. This requires speed to amend these laws to ensure discipline.