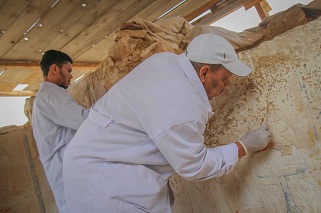 Dr.\ Gaber Nassar, President of Cairo University, has expressed his happiness and appreciation of the efforts of Faculty of Archaeology, Cairo University, which discovered in its excavations a monumental tomb at the south of the road that leads to the pyramid "Ounas" which is besides the pyramid "Zoser" at Sakkara. The tomb is totally engraved and decorated. It is still with its original state and bright colors. It regards the President of Army Records Basser in the twentieth family of the modern Egyptian state in the Pharonic history "Age of Empire".

During his visit to the monumental tomb on Thursday, May 8, Nassar confirmed the importance of this discovery specially that it is a tomb with full landscape and patterns, colors and integrated architectural design, referring to the role of Faculty of Archaeology's excavations in monumental discoveries previous to components of the ancient Egyptian civilization which dazzled the world. 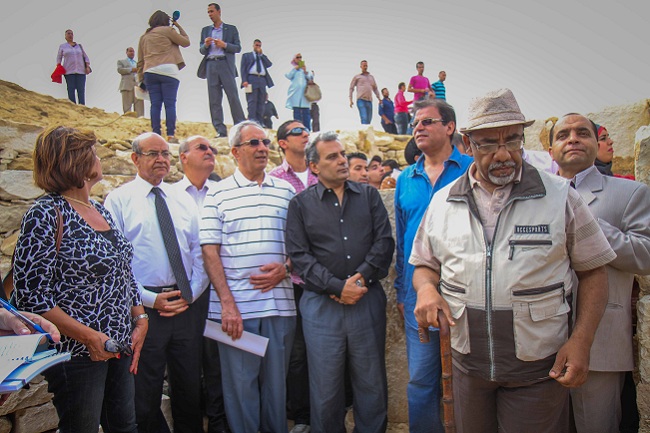