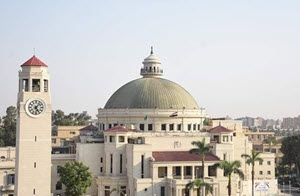 Dr.\ Nabil Abdul-Maksoud, The General Director of New Kasr El Aini Teaching Hospital, has illustrated the  indebtedness reduction of the hospital during the last 6 months from 212 million to 67, 000 EGPs , as a result of some procedures taken by the hospital administration for reducing the general debt without influencing the service quality. This is the outcome of the report review on the performance of Kasr El Aini New Teaching Hospital, made by Cairo University Council headed by Dr.\ Gaber Nassar. The council has reviewed the steps taken by the hospital for reducing the general debt and enhancing some services provided to patients for achieving expected revenues, such as developing MRI Unit, cardiac catheterization, binoculars digestive system, emergency reception, as well as auto operation of some services of the hospital, and reducing financial debit from 20% to 10%. Abdul-Maksoud has confirmed that the hospital's debt will be getting rid of throughout the coming months.

Abdul-Maksoud has added that the hospital was licensed with the most modern intensive care vehicle of the ambulance fleet affiliated to the hospital as well as inaugurating new pharmacy and dental clinic. He pointed out that the hospital accommodates 1300 beds as well as 89 beds of intensive care. The average of frequenting outpatient clinics is 16, 500 patients per month, while the average of frequenting emergency is 3500 patients per month. The surgical operations rate has reached 850 operations per month and 70 cardiac and chest operations.

Dr.\ Nabil Abdul-Maksoud has demanded that Ministry of Finance pay the fees of the hospital employees which are currently paid from the hospital's revenues.

Prof. Dr.\ Gaber Nassar has said that university seeks developing academic hospital system, including New Kasr El-Aini Hospital, pointing out that Cairo University hospitals do not reject any medical service requests, and that the government, headed by Eng.\ Ibrahim Mahlab, addresses a large attention to academic hospital system. Nassar has confirmed that Cairo University's attempts to develop academic hospitals will be obviously apparent during the coming period. This will be positively reflected on the medical service offered to citizens.